NEW BELGRADE APARTMENTS. The mere notion would have been considered completely absurd twenty years ago. However, the turbulent history of Belgrade has managed to jumble far bigger surprises in the aforementioned period, so the appearance of vacation rentals in New Belgrade is actually a pleasant one. In the past two decades New Belgrade has gone a long way from being a cold gray social-realist residenditial commieblock zone to the contemporary lively business, trading and administrative hub of the capital. Truth be told, there are still certain parts of it that solemnly wear the former repulsivness, masked by massive billboards or electrified advertisments. But to say that New Belgrade’s panorama hasn’t changed for the better would be a blatant lie. The highlights in the past decade include Belville residential complex, Airport City business park, Confluence and Delta City Shopping Malls and many other architectural endeavors that have truly taken the residential areas in New Belgrade into the twenty first century. 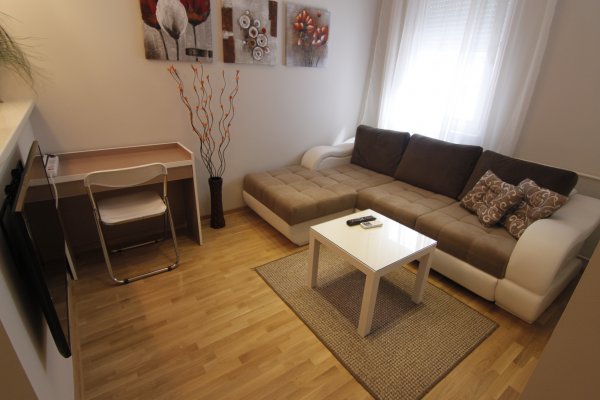 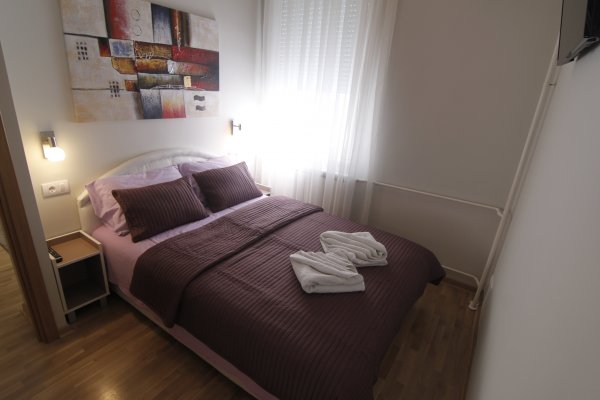 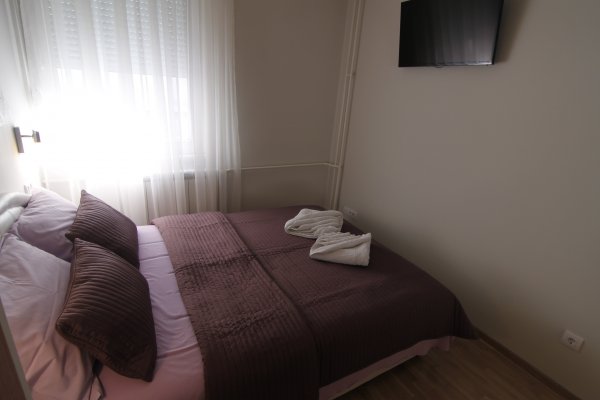 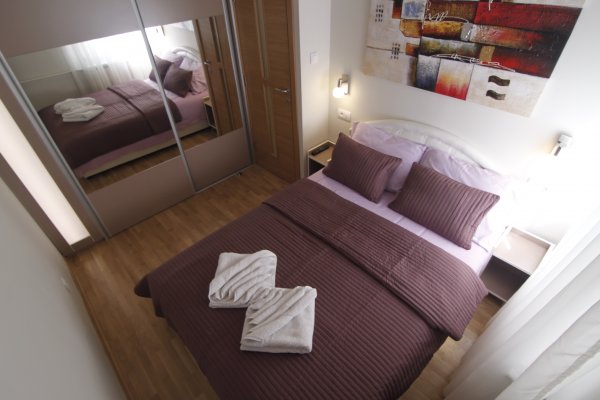 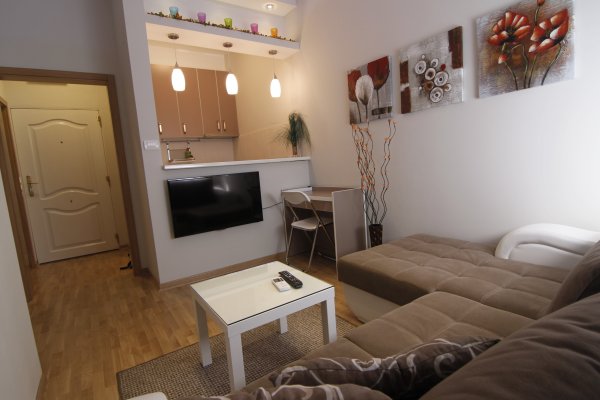 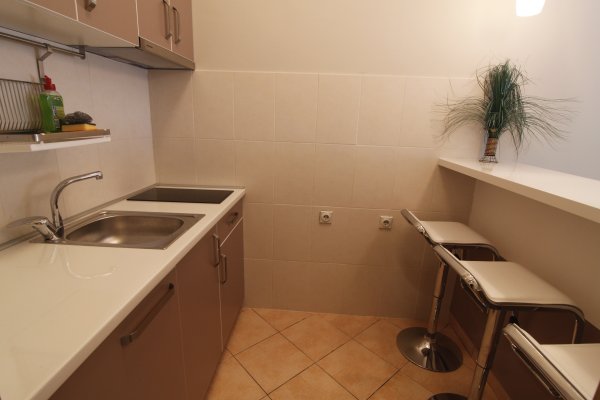 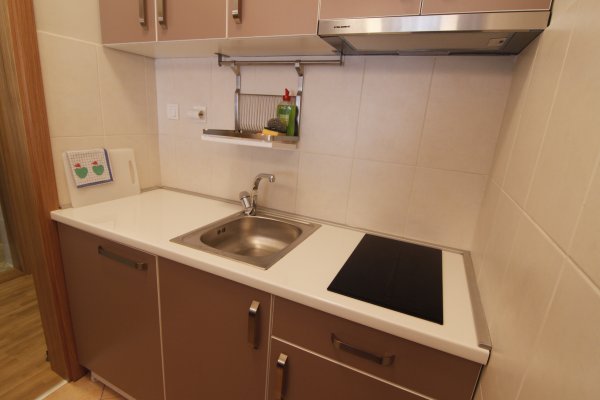 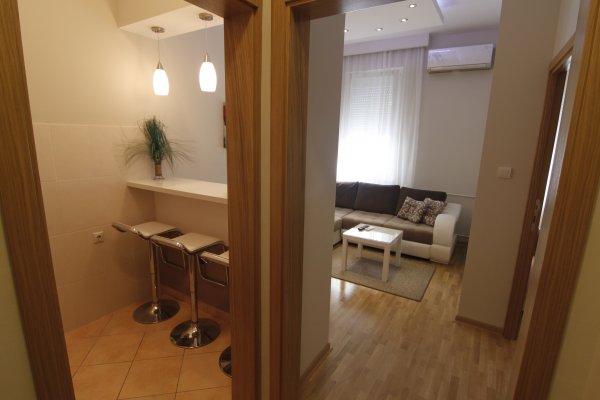 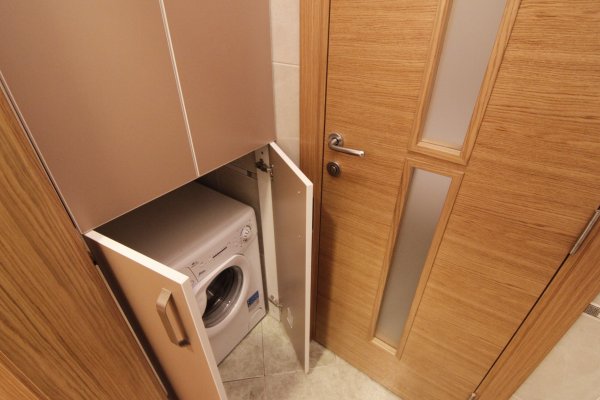 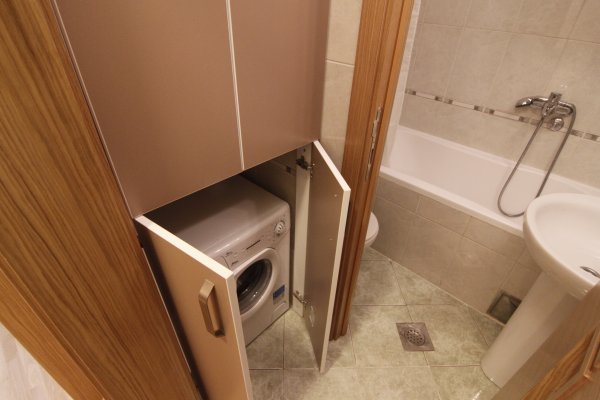 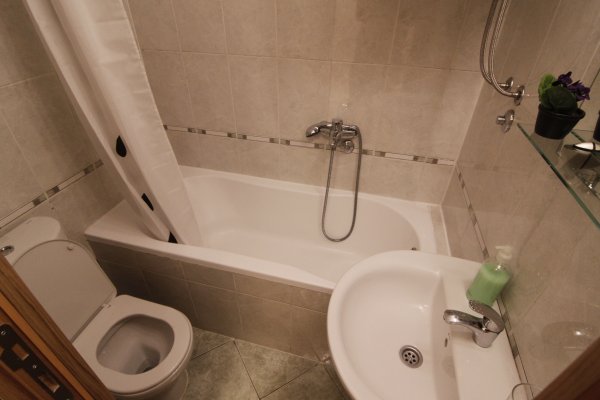 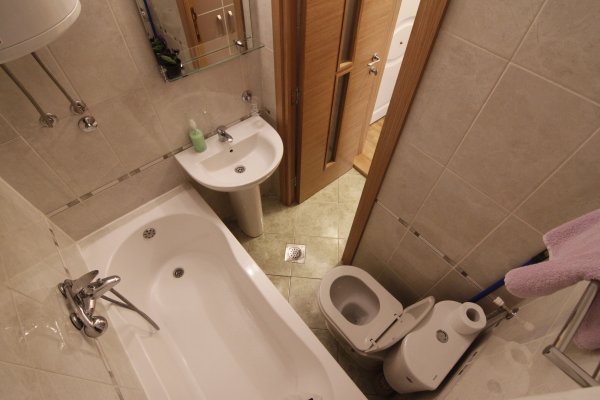 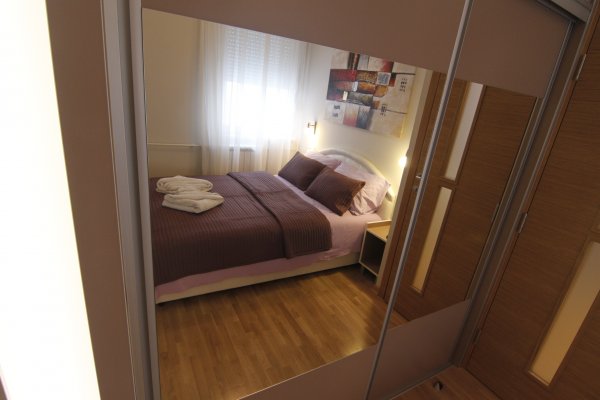 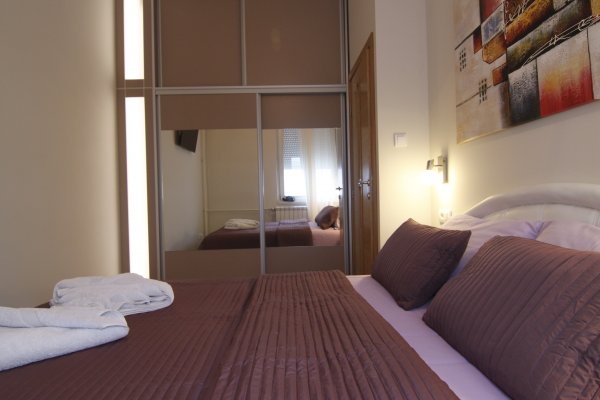 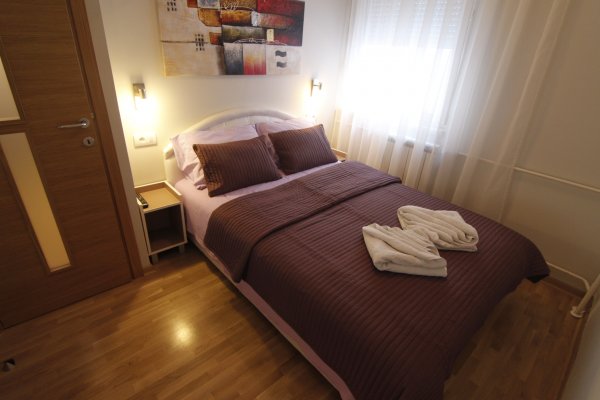 In a building dating back to 2006, very close to KOMBANK arena and Greek Cypriot Shopping Mall, rests a small group of our New Belgrade apartments. Partly due to the Mall, and partly due to the graciousness they share with the helenic deities, all of our apartments in that part of New Belgrade have been bestowed with ancient Greek denominations. The newest kid on the block, symbolically named ORION, harmoniously blends into that microcosmos of short term rentals. To avoid sprawling unseeming praise, we’ll just give you a couple of reasons why you might want to consider ORION as an accommodation choice.

Although the tenement itself is less than a decade old, ORION underwent a thorough refurbishment just a month ago. And when we say thorough, we mean stripped bare and then fully furnished anew. In the next week or so, we’ll upload a small gallery to commemorate the birth of this apartment.

Eight years of experience in this turbulent branch of tourism have brought about high esthetic, functional and design criteria that cannot be met easily. Details, contemporary approach to design, multitude of amenities and the overall coherence top the list of priorities a holiday apartment should attain should it aim to become a part of RENTASTAN offer. We are no longer just furnishing short term rentals – we’re creating accommodation units up to the 21st century standards.

Our inetrior designers’ fascination with small harmonious apartments has reached its maturity in this New Belgarde apartment. Esthetically speaking, it is very much like an ikebana – an optimum of details is nested in a very small space. The examples of it are numerous: two SMART TV sets (one attached to the breakfast bar and the other to the bedroom wall), LED tape lights, decorative plants and craftful illumination coming from multiple sources. The attention paid to miniaturisation is truly praiseworthy : the tiny breakfast bar has ample space for three persons; the wardrobe in the hallway holds a washing machine literally half the size of a standard one and yet able to store four kilos of laundry.
Everything about this New Belgrade apartment is new. Brand new. And it should be thoroughly enjoyed.

The area around Belgrade Arena is one of the most sought for residential areas in Belgrade, for a number of very simple reasons :
1. Almost all of the residential blocks in its immediate surrounding are less than a decade old.
2. Parking is free of charge and abundant
3. A multitude of shopping malls and hypermarts (with best possible prices of consumer goods) are just a couple minutes ride from the apartment, whereas some of them are within walking distance.
4. It is very close to the e 75 highway. Although many cities in the developed world consider this to be a disadvantage (there are some pretty interesting examples of highway removals from cities around the world), in the area around Belgrade Arena this is a huge advantage. Why? Well, the buildings are well away from the noise, and teh one close to the tenement has an additional means of alleviating it – an alley of tall trees whose foliage absorbs it. On top of that, should you need access to southern and eastern parts of the city, the highway serves as a fast track to places that would take ages via alternative routes.

The apartment building has many qualities: it is the most snuggled, anonymous apartment building in the area and highly convenient for larger groups looking for short term rentals – ATHOS, ARENA, GALA and ETNA are in its immediate neighbourhood. In spite of its location, the tenement is surprisingly secluded. It also has a garage, and a dedicated parking spot within it is included in the price.

ORION is an short term rental in New Belgrade that offers a lot of conveniences in a small space. For all information on its availability, visit the apartment’s homepage.