Hyde Park in Belgrade is one of the most enigmatic pieces of greenery on the Internet. Mostly because you can’t find any historical data about it. 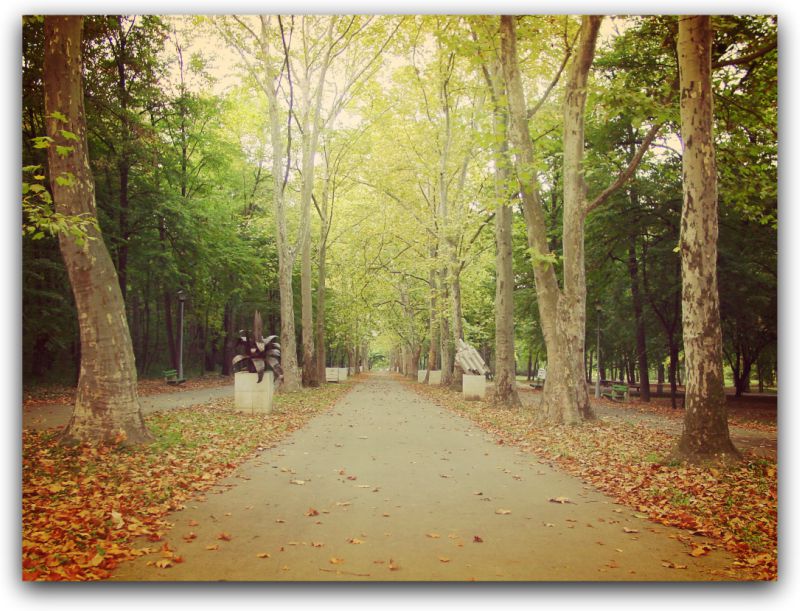 It‘s close to the Museum of the History of Yugoslavia and the eternal home of ex-Yugoslavia’s lifetime president, Marshall Tito. It seemed adequate that the greatest pharaoh of our nations should have a grove to cool down his resting place.

Or that he should be abstracted from the final resting places of other Serbian rulers, who happened to end their lives nearby. 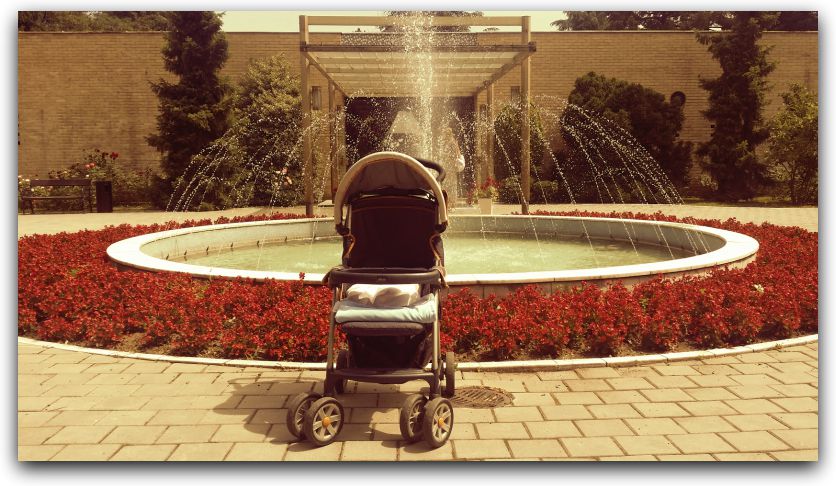 In a way, Belgrade Parks can be divided along the gluttony-drug abuse-fitness spectrum. While a portion of visitors indulges gluttony the others do cardio. On average we’re doing fine. As we have mentioned on numerous occasions, parks in Belgrade took on their current function from far more macabre spaces. Most were graveyards at some point, and some have been promoted into green oasis from concentration camps. Today however, they are either a spot for exercise or the 1st May Bacchanalia resorts(yes the tradition of celebrating workers day with an endless row of grilled dead animals and alcoholic drinks still persists in the Balkans).

This  park was made in the 1930s and named after a far more popular London Park. Given that most localities of her majesty’s capital usually hide some kind of a gruesome horror, the choice is pretty good. The worst sins pertaining to the the original Hyde Park are the fact that King Henry VIII had built it and the IRA bomb attack in the 1980. Belgrade counterpart has nothing to with either the terrorists or misogynistic leaders. The British Ambassador does reside nearby, and the Embassy isn’t that far either. So near that one might think that Albion wishes to oversee the unfortunate copy of its heritage. 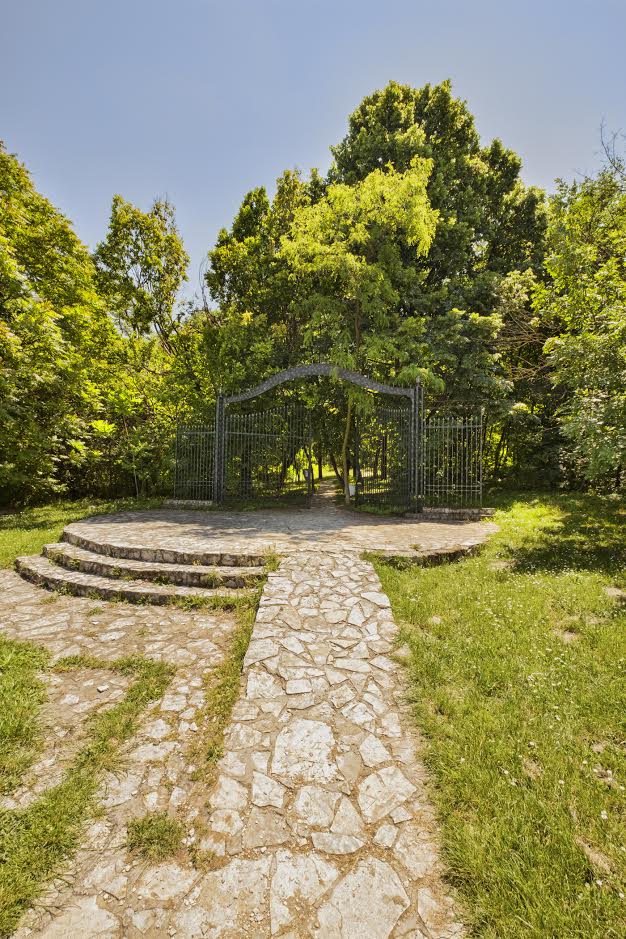 Running away from the  city center  from Kneza Milosha street, Hyde Park is pretty much the first thing you’ll bump into.Leaning on the intersection of the highway, it opens up the green part of the city. It’s a refreshment from the heat of the asphalt from it’s very entrance.

At the same time, the entrance is the least likely bit to remind anyone of relaxation. The iron wrought fence, made in an Arbeit macht frei manner, stands tall right behind the weird looking sculpture that looks like the souls from the netherworld are trying to tell us something. 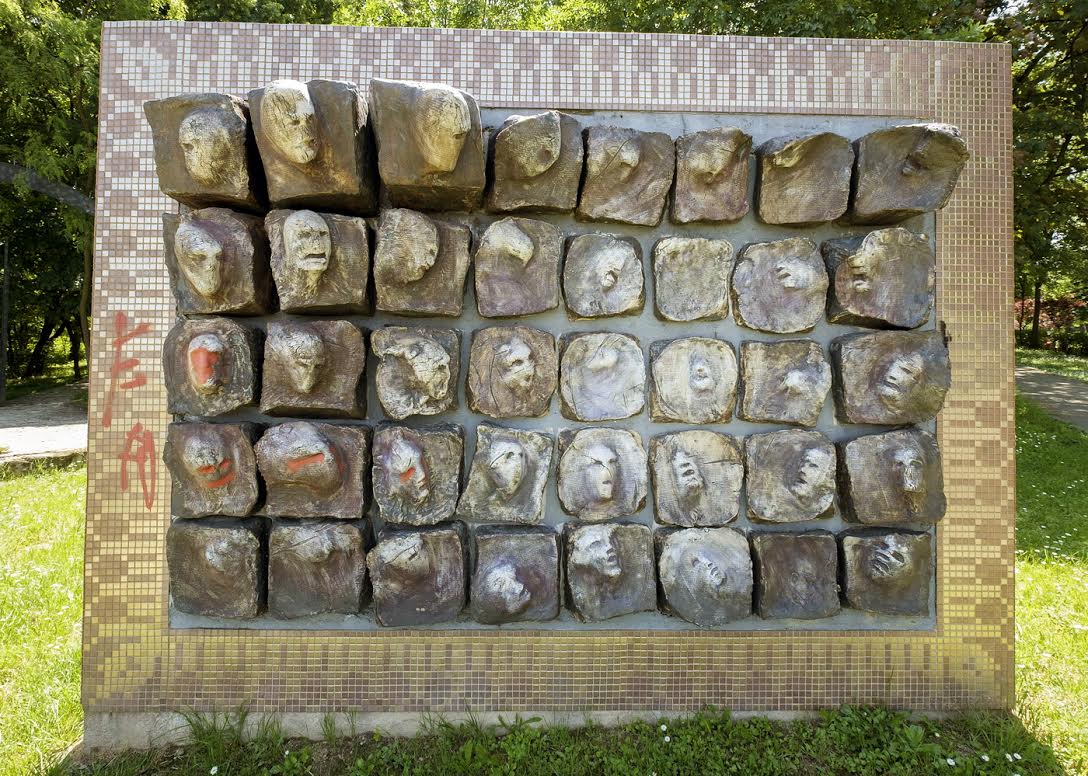 This gate used to be closed at night. Absurdly, the fence which connects to it spreads merely three meters both ways while the park covers a 1400 acres area. The even funnier thing (according to anecdotal evidence from those who grew up in this neighborhood) is that  during the 1970s and 80s the civilized visitors actually rushed to leave the park as soon as the uniformed key-holder appeared. During the 1990s, following the overall trend in the whole state, the park turned into a great big ruin. 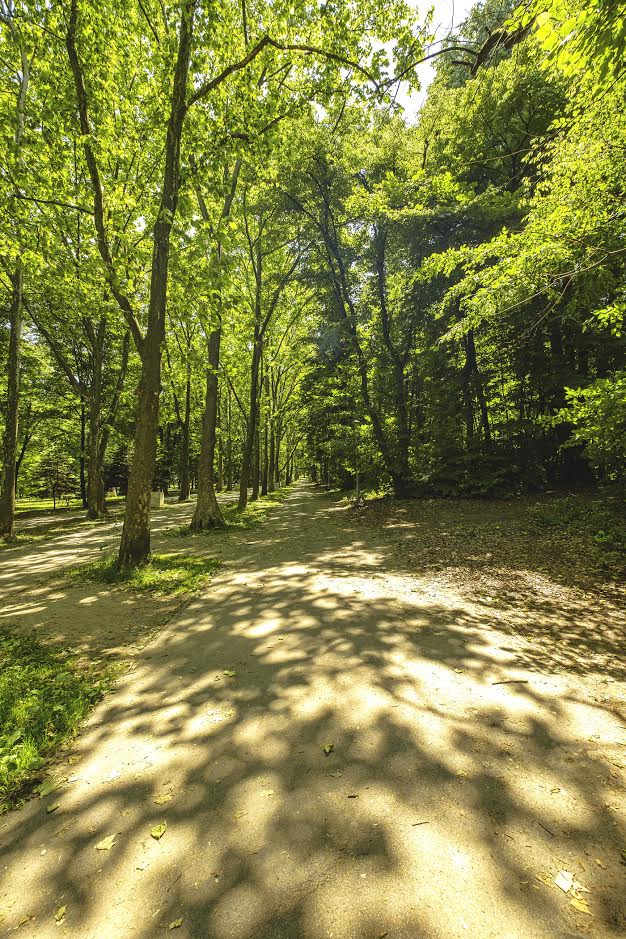 Once you pass the creepy overture, you end up in a pretty normal park, really. Hyde Park is dedicated to exercise and has a number of fine examples that user experience is more important than design. Namely, trodden paths outnumber those made of stone.

Surprisingly, the littering is minimal.

Which may not be so surprising, once you realize that Hyde park is far on the fitness side of the aforementioned spectrum. It has a children playground and the little ones can explore the their way to it. 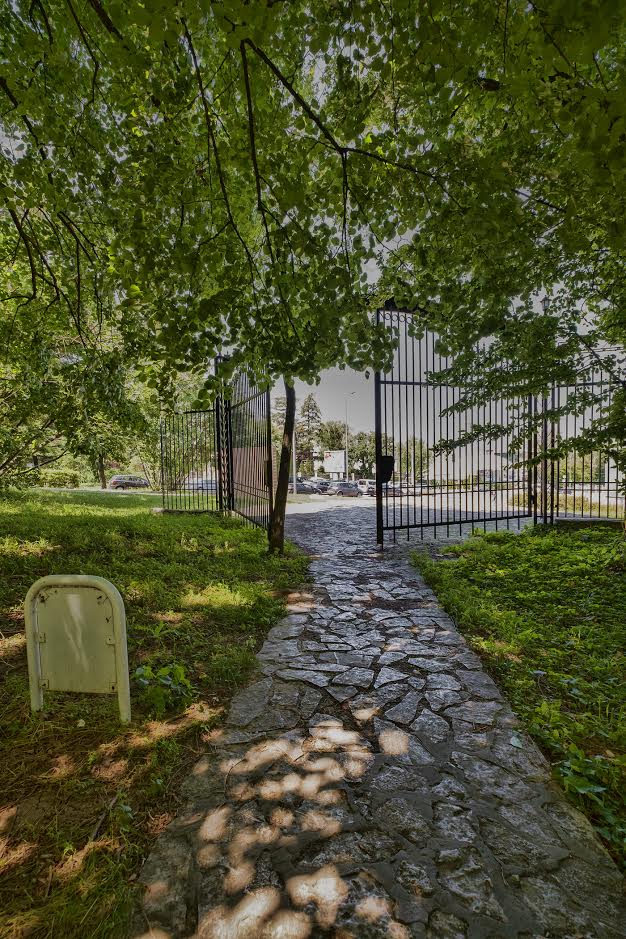 Hyde Park is also a place of symbolical division – division of  classes and ideologies and states of mind.

The aforementioned socialist necropolis (Tito’s Grave) stands on one end of the park, and the other hosts boarding schools for kids of foreign diplomats (and kids of those who want to have their kids going to school with kids of foreign diplomats). And of course, a Convent(!?).If you are wondering how did such a space manage to cram such opposites we will just say – historical circumstances. Including the state of mind inherent to Serbs throughout the centuries. 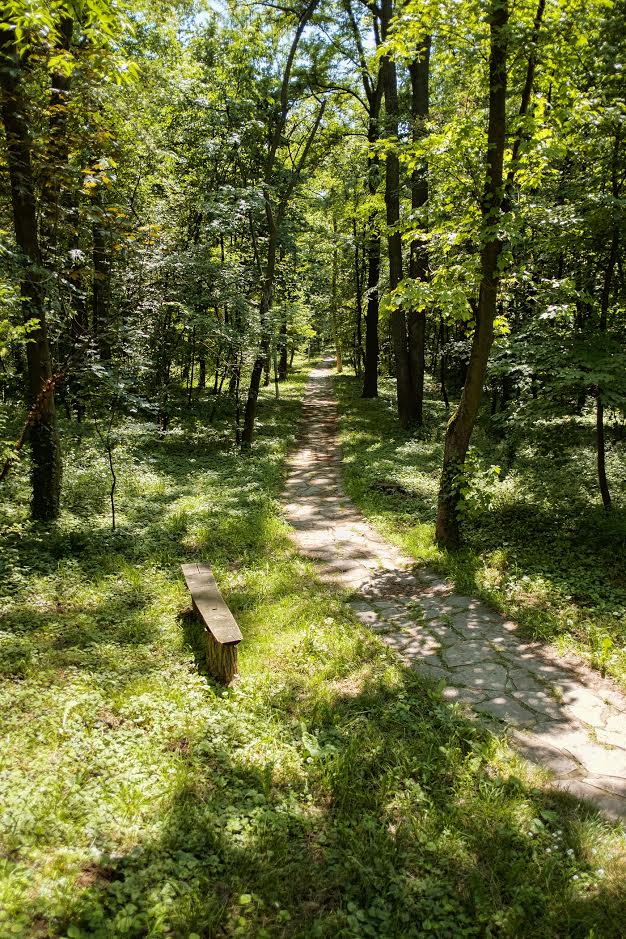 Finally, it divides the two posh areas of town Dedinje and Senjak. Or at least they were once, now they only appear posh.

The actual borderline of Dedinje and Senjak is the Topčider Star – the least chaotic roundabout in Belgrade. One of its shanks goes to Topchider and the rest lead to the bits we have mentioned. If go up the Dedinje exit, you will bump into the least expected and the lesat controversial building in the surroundings: The museum of African Art. 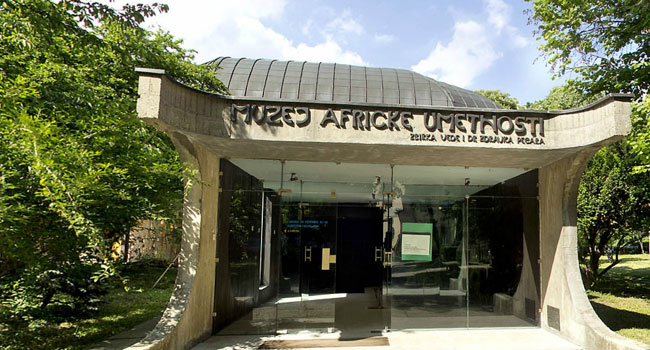 There are two things synonymous for Dedinje – Mansions and Football

Mansions have long been the trademark of this part of town. After the second world war, they had an illegal exchange of tenants and furniture, and after the Cold War the people were the only variable in the equation.

There are no laws preventing you to change furniture, anyway.

There is a common opinion among the plebs that this part of town is populated by exclusively morally murky characters. Turbo folk stars and turbo folk politicians. As they happen to be the closest thing to celebrities Serbia has, it is not surprising that a mere mention of this part of town causes the ordinary people to blurt out a passive aggressive exclamation “Weeell, weeelll….”.

The neighbourhood is also known for a bellicose relationship between two main football clubs of the capital. Red Star and Partisan are paradoxical on many accounts, the greatest being that their right-wing supporters are pretty much ready to die for clubs that bear the Marxist-Leninist symbols. Nevertheless, Dedinje was a ground of many great sport competitions and battles. Many have cheered and wept on the grounds of the two stadiums and these emotions have comprised a good bit of Belgrade’s soul during the 1990s.

That’s right. Dedinje is not just the promenade of loaded upstarts with black jeeps and noses in the air, but a place where you will get to see real people. Just like anywhere else… 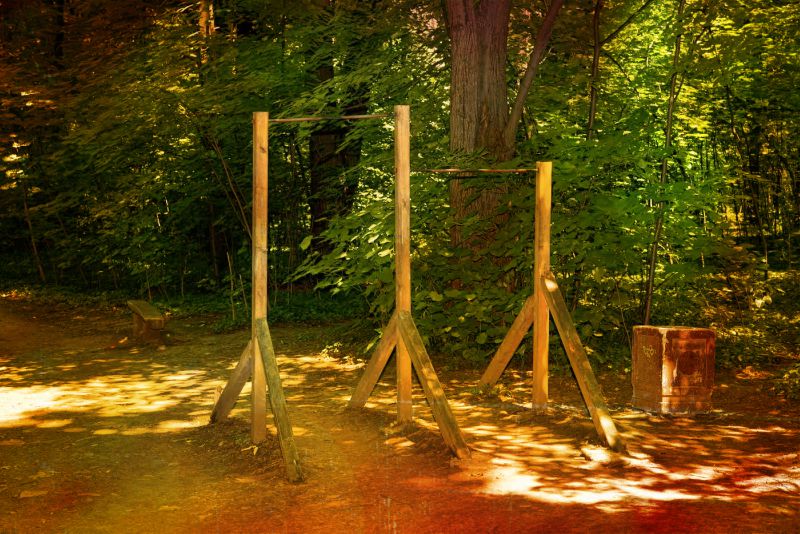 From the eminence where the late Tito oversees his dissolving heritage, down the slope towards Belgrade Fairground and the river Sava, lies the neighbourhood Senjak. Not as hyped as Dedinje, Senjak is one of the few (and far between) elegant parts of town. It offers you a chance to taste some of the exotic dishes, visit villas that are reserved for events exclusively, and bump into well secured facilities on your way there. It’s a prestigious location for the diplomatic core, wealthy residents and (judging by the graffiti) hard core football fans.

To wrap it up, Hyde park is a park for health aficionados, surrounded by pleasant (or at least interesting) landscapes from all sides. Even if you’re not among the wellness-fitness-aquabick-yoga-gym-freaks you, might just go there and do something you don’t get to do often in Belgrade – breathe some fresh air.

In both London and Belgrade, there are no Jackyl’s parks.